When you spend weeks at a time in a small box, comfort is key. You’ll want to make your home on wheels more, well, homey! And one way to make your truck a little cozier is by installing a DC to AC inverter so you can use household electronics like TVs, gaming systems, and cooking appliances on the road.

Eating on the road can be difficult (boy, isn’tthat the understatement of the century). In fact, it’s one of the things new truck drivers struggle with most — learning how to adjust their eating habits so as to avoid gaining the dreaded 1st-year-as-a-truck-driver weight. If you don’t have any sort of cooking appliances on your truck, it’s easy to justify stopping for McDonald’s or Burger King every day — after all, a man’s gotta eat! And some of the 12 volt appliances can be pretty flaky, so your best bet is to invest in an inverter for your truck in order to power some basic cooking tools.

Obligatory disclaimer: Be sure to check your company’s policies on inverters. Some carriers only allow 12 volt plug-in inverters which usually only power about 400 watts. Others will allow larger models, but require that their maintenance department install it in the truck for you.

Size of Power Inverter for truck

Quite frankly, it depends on what you want to put in your truck. Obviously the inverter needs to have enough juice to power the appliances you plan on running simultaneously. Generally, the wattage of the appliance can be found on a sticker or nameplate on the bottom. If you can’t find the wattage, it’s easy enough to figure out — just multiply the appliance’s amps times volts (usually appliances are about 120 volts).

If you want to power several appliances, you can find inverters that range from about 2500 – 3000 volts. Inverters this big will power multiple larger appliances at the same time, like a mini fridge, microwave, and coffee pot. The high-watt inverters can be pricey, but they’ll definitely make your truck feel cozier.

The Best Power Inverter for Truckers 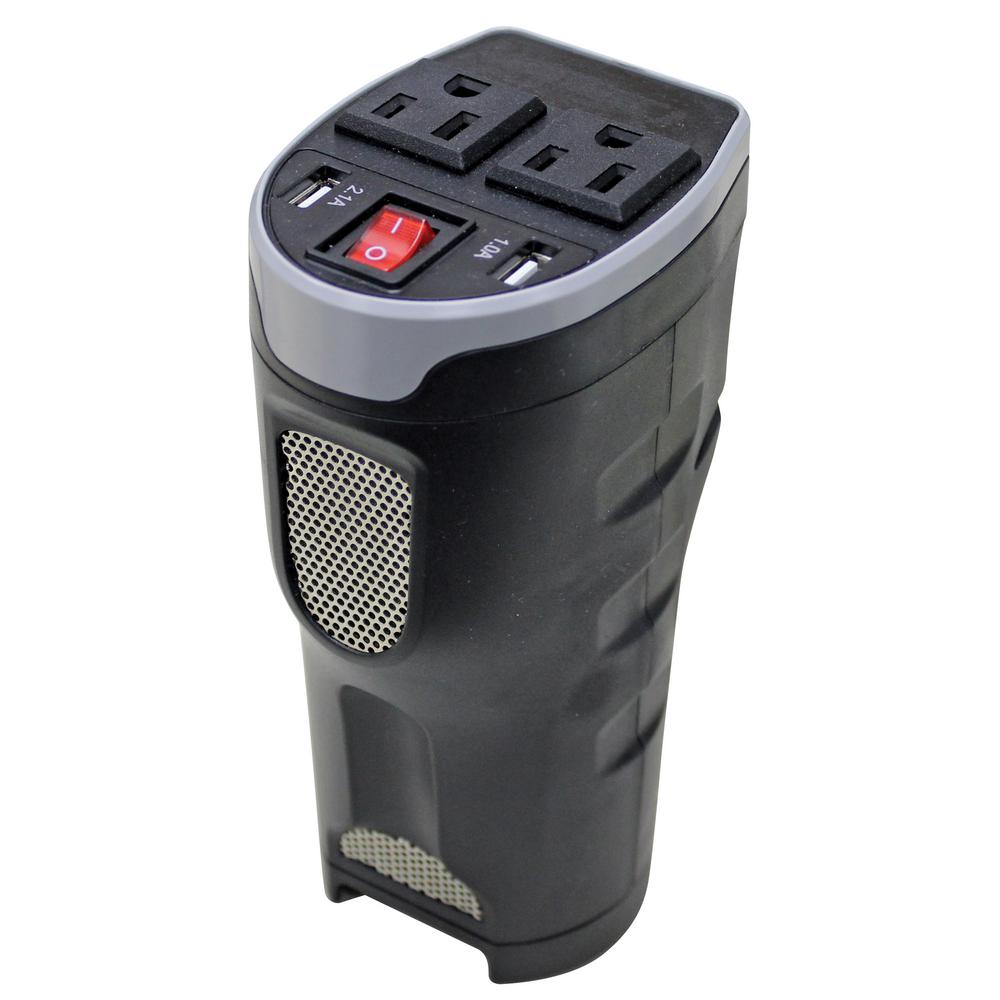 If you don’t need a high powered, tricked out ride (let’s say if you’re a local driver, for example), a small inverter will do. This cup holder inverter plugs right into a 12 volt socket in your truck and will provide about 200 watts worth of continuous power or 400 watts of peak power. This is enough to power a small slow cooker or portable stove — a couple of our biggest cooking appliance recommendations for truck drivers.

For those who want their truck a little more technologically advanced or for those who spend more time on the road, a high-wattage inverter is the way to go. Be sure to check your company’s policies on high-powered inverters — they often want their maintenance department to install them for you. You could run a mini fridge, slow cooker, and a TV all at the same time.

A Few Things to Remember

Whatever way you decide to go, remember to exercise caution when setting everything up. They inverter won’t be able to power an entire house’s worth of appliances, no matter how large. Think of a few appliances that you absolutely must have and put those in your truck. Also, when not using something, be sure to unplug it to conserve power.